As of version 0.39.0, FreedomBox now includes a Backups feature. The Backups feature is built using the "borgbackup" Debian package. Borg is a deduplicating and compressing backup program. It is designed for efficient and secure backups. This backups feature can be used to selectively backup data on an app-by-app basis. Thus, the Backups menu prompts users with a checklist of the apps whose data they want to backup. Users can select any number of apps to back up, from one to all. Note, however, that not all apps generate personal data, so not all apps will be listed in the backups menu. For your reference, the status report below lists the apps for which no backups are needed.

As the Backups feature is currently still in development, it can only backup data for a limited number of FreedomBox apps. We are working on offering backup support for every app in the FreedomBox system.

The following apps require no backups and therefor require no integration in the Backups feature:

As of October 02, 2018, the following apps and features are supported by the Backups feature:

As of October 02, 2018, we are still working on Backups support for the following apps and feature:

You can find an updated log of our progress here: https://salsa.debian.org/freedombox-team/plinth/issues/1390

How to install and use Backups 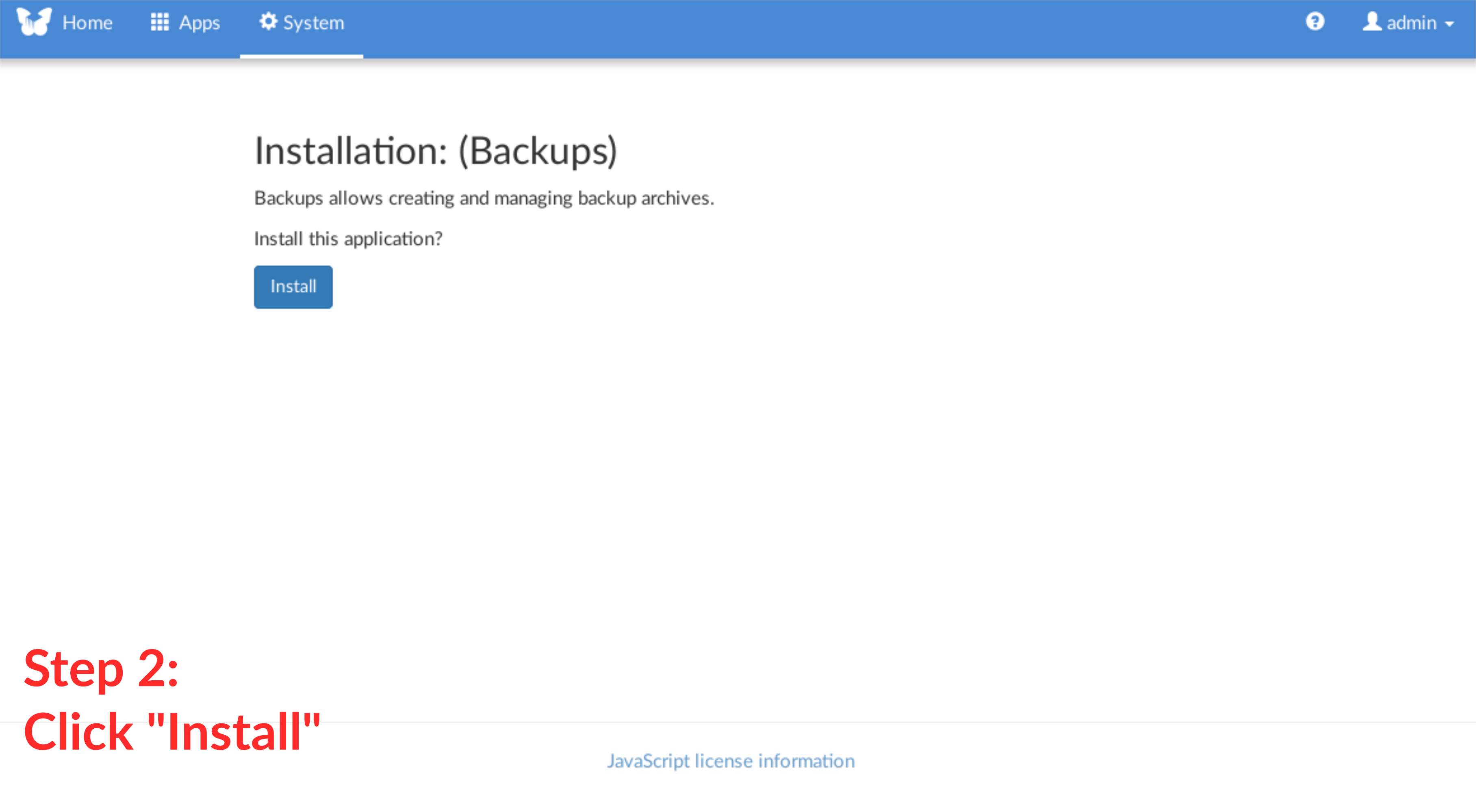 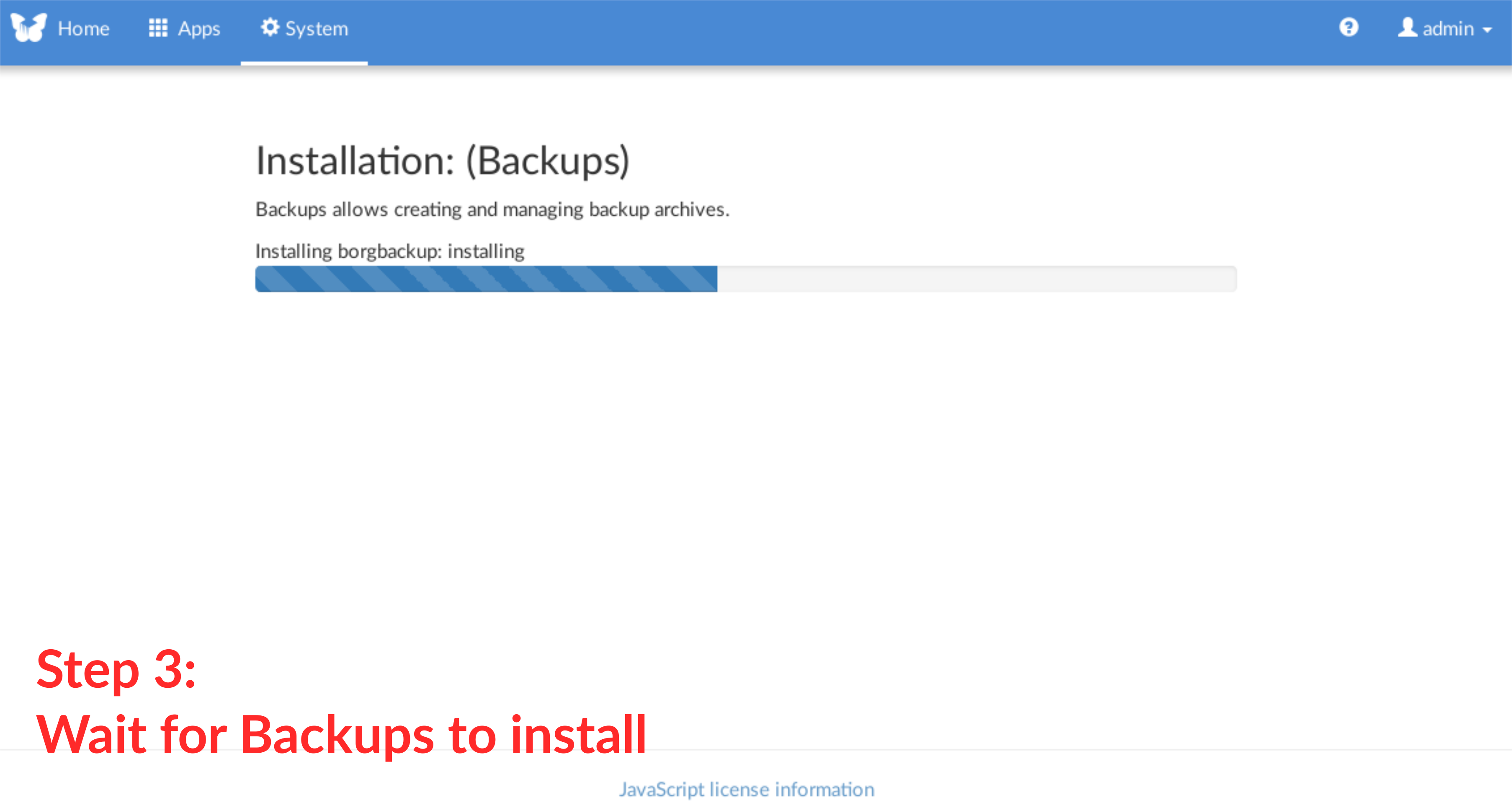 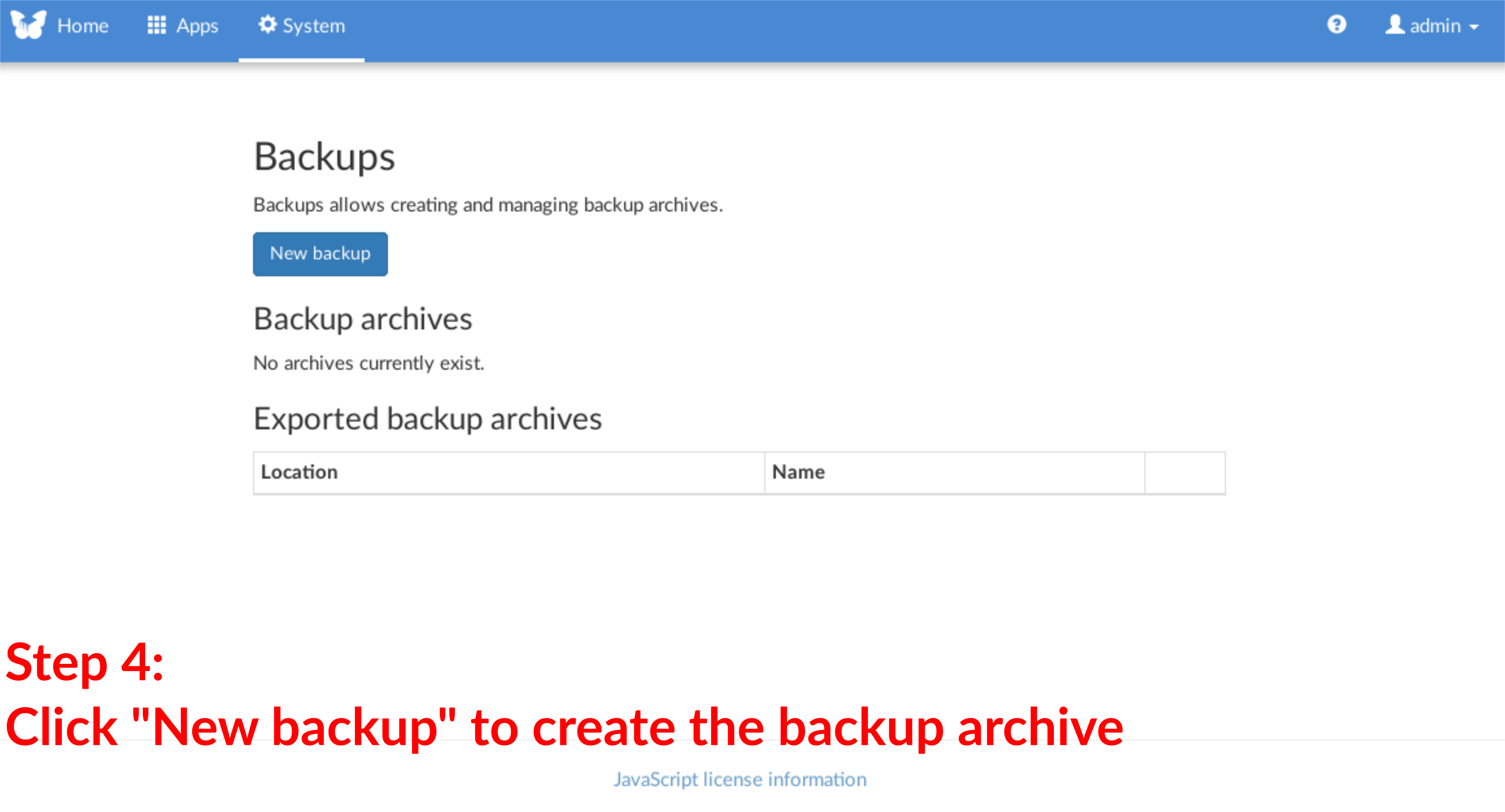 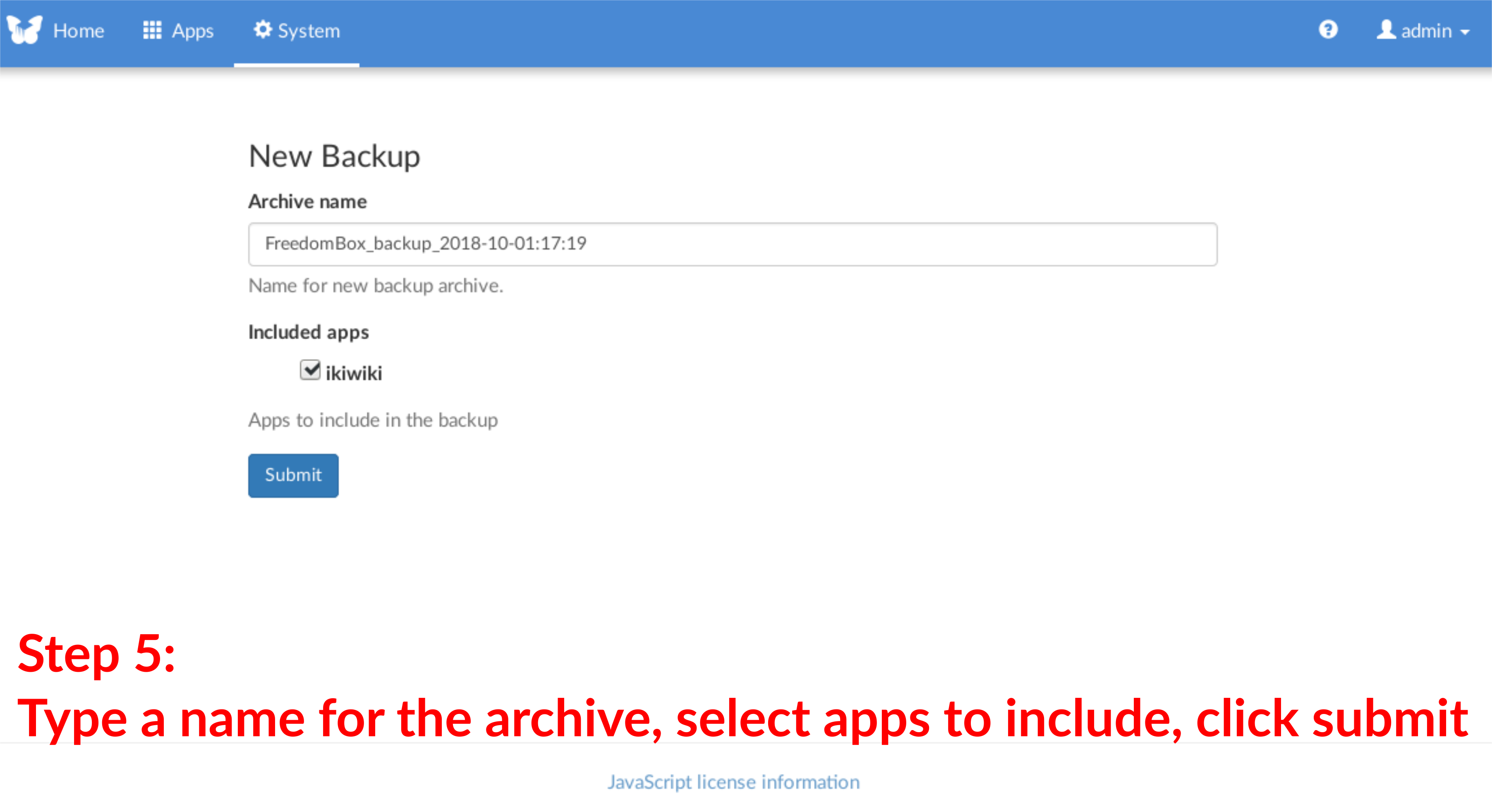 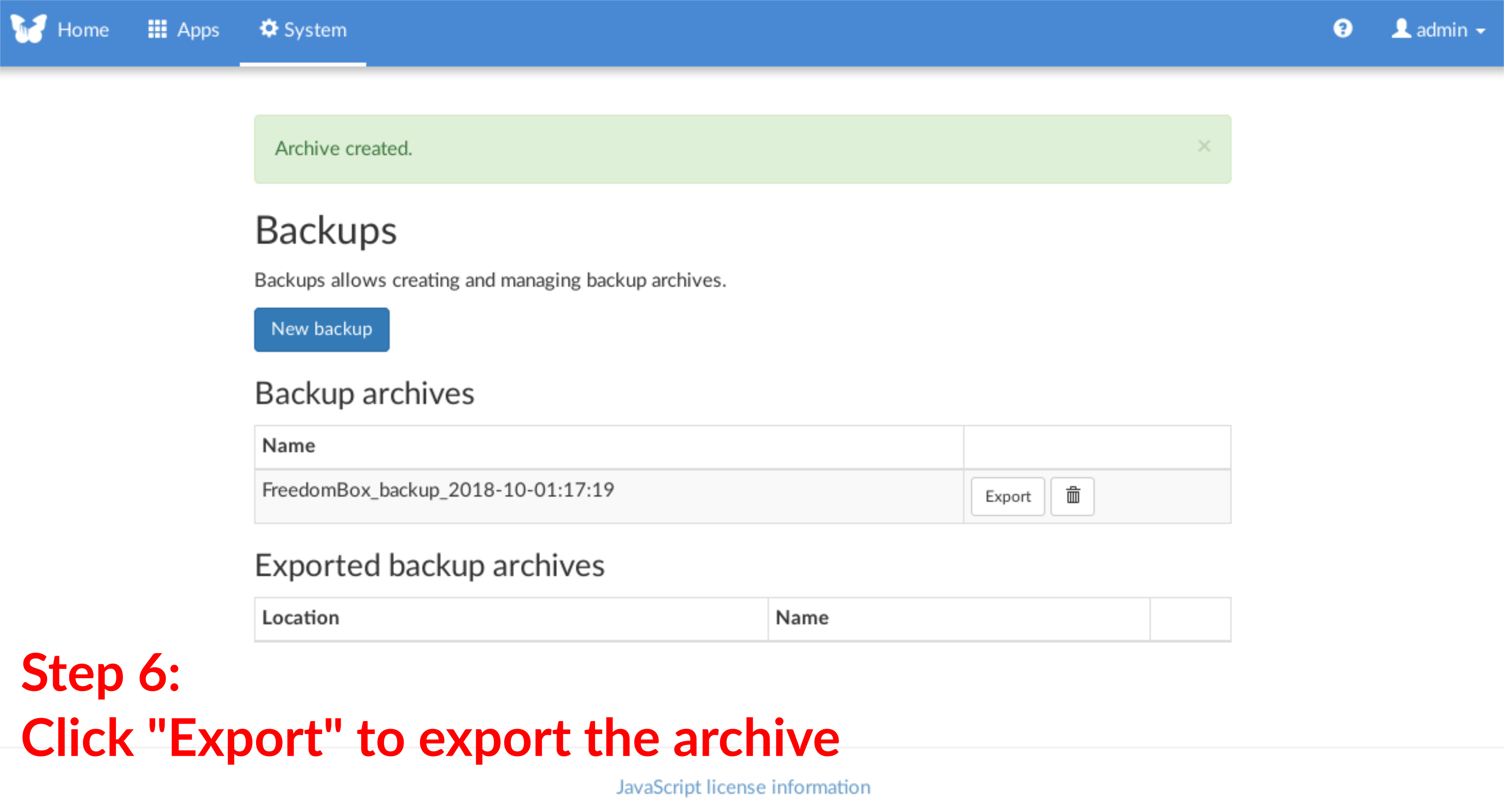 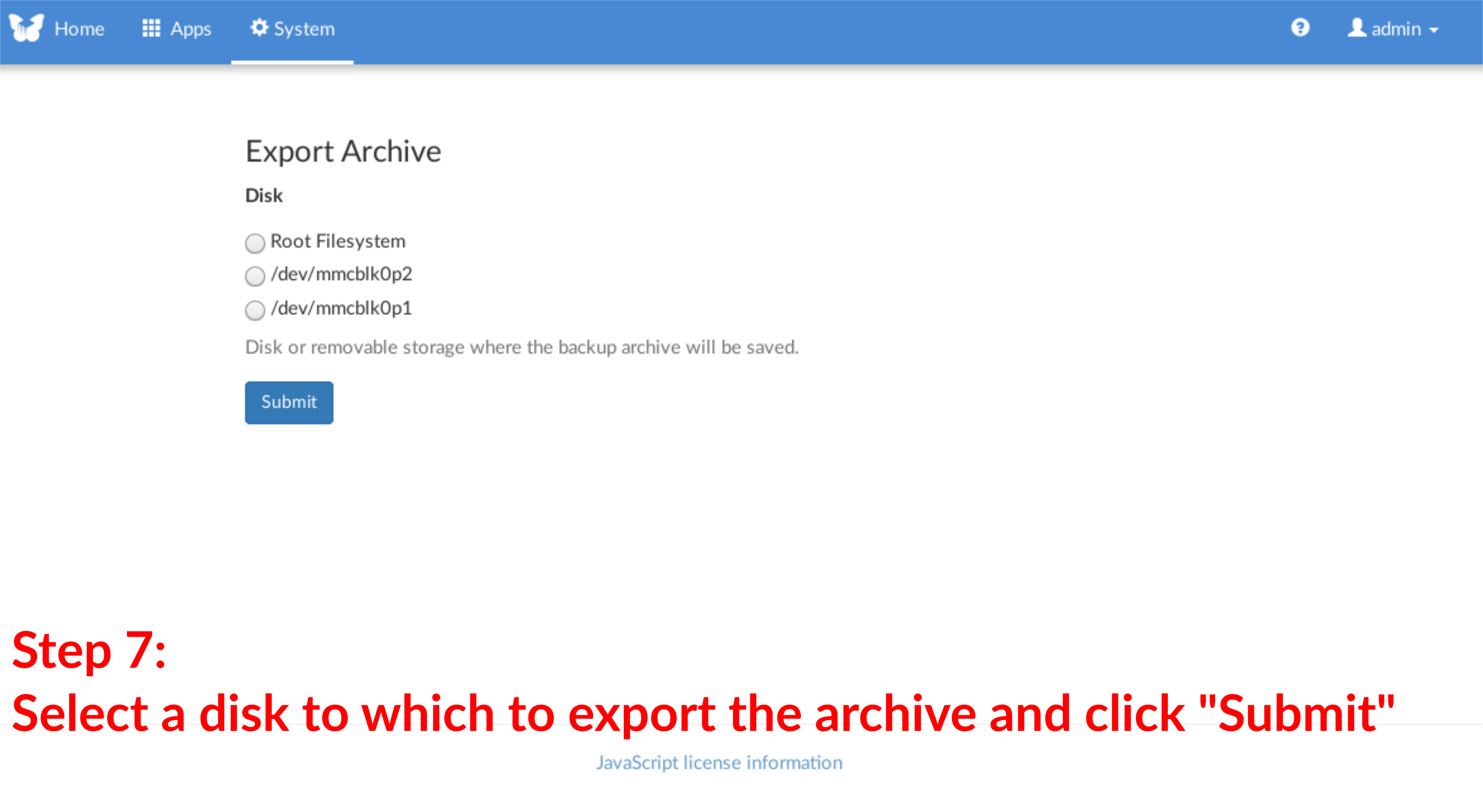