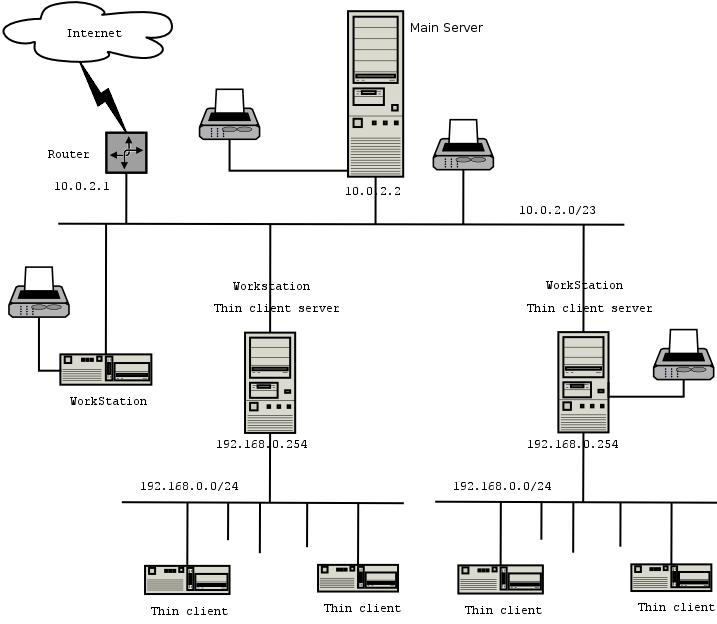 The thin client server is set up to receive syslog from the thin clients, and forward these messages to the central syslog recipient.

This chapter was copied and pasted from http://developer.skolelinux.no/arkitektur/arkitektur.html.en ( at that time it was Copyright © 2001, 2002, 2003, 2004 Petter Reinholdtsen < pere@hungry.com >, released under the GPL) - note to translators: there are translations for this document already, which you can also copy and paste. But keep those copyright notes as well.