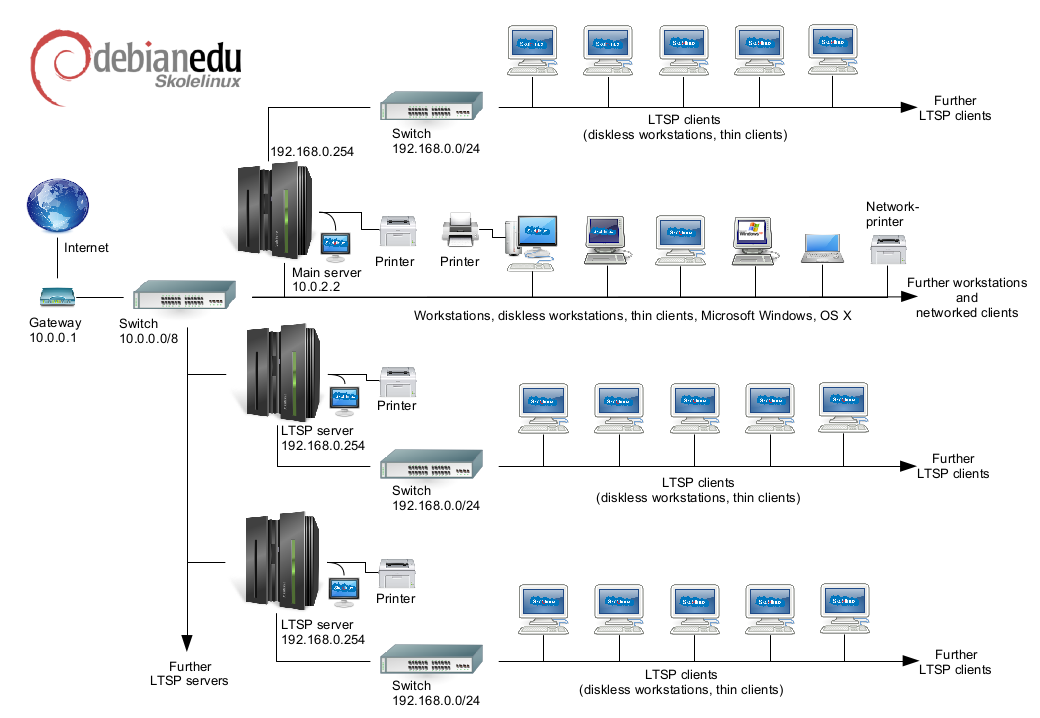 A Skolelinux network can have many LTSP servers (which we called "thin client servers" in releases before Stretch), which are installed by selecting the LTSP Server profile.

A thin client setup enables ordinary PCs to function as (X-)terminals. This means that the machine boots directly from the server using PXE without using the local client hard drive. The thin client setup used is that of the Linux Terminal Server Project (LTSP).

Thin clients are a good way to make use of older, weaker machines as they effectively run all programs on the LTSP server. This works as follows: the service uses DHCP and TFTP to connect to the network and boot from the network. Next, the file system is mounted from the LTSP server using NBD, and finally the X Window System is started. The display manager (LDM) connects to the LTSP server via SSH with X-forwarding. This way all data is encrypted on the network.

The installation should not ask any questions, with the exception of desired language (e.g. Norwegian Bokmål, Nynorsk, Sami) and machine profile (main server, workstation, LTSP server, ...). All other configuration will be set up automatically with reasonable values, to be changed from a central location by the system administrator subsequent to the installation.