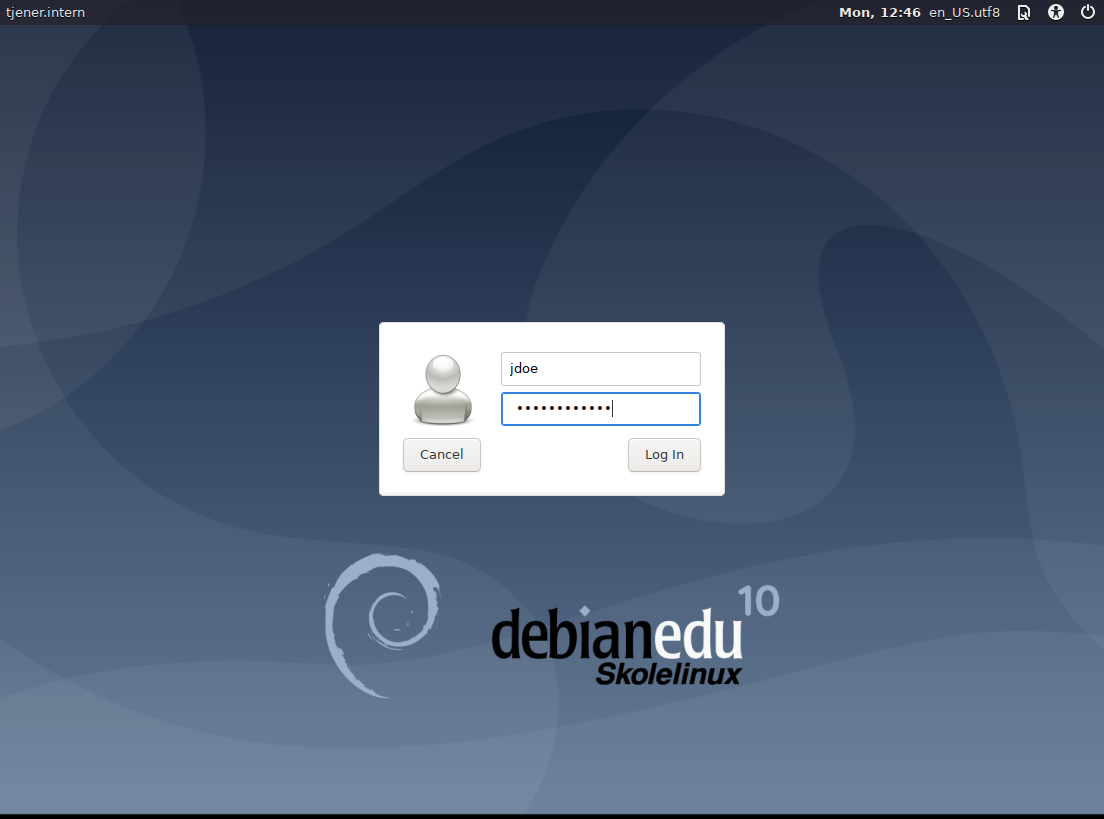 This is the manual for the Debian Edu Buster 10+edu0 release.

The version at http://wiki.debian.org/DebianEdu/Documentation/Buster is a wiki and updated frequently.

The chapters about hardware and network requirements and about the architecture contain basic environment details.

After installation of a main server all services needed for a school network are set up and the system is ready to be used. Only users and machines need to be added via GOsa², a comfortable Web-UI, or any other LDAP editor. A netbooting environment using PXE has also been prepared, so after initial installation of the main server from CD, Blu-ray disc or USB flash drive all other machines can be installed via the network, this includes "roaming workstations" (ones that can be taken away from the school network, usually laptops or netbooks) as well as PXE booting for diskless machines like traditional thin clients.

Several educational applications like GeoGebra, Kalzium, KGeography, GNU Solfege and Scratch are included in the default desktop setup, which can be extended easily and almost endlessly via the Debian universe.

Today the system is in use in several countries around the world.