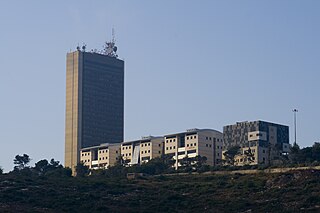 The conference is to be held at a campus of the University of Haifa on top of Mt. Carmel right next to Haifa. The campus is on a mountain next to the shores of the Mediterranean. You'll get a reasonable climate and beautiful views and yet be next to great sunny beaches. All of the facilities are on the campus. The dormitories are at a short walking distance. The rest will be located in a group of near-by rooms in the entrance floor.

Haifa is the third-largest city in Israel – after Jerusalem and Tel Aviv. It lies about 90 kilometres (56 mi) north of Tel Aviv and is the major regional center of northern Israel. Two respected academic institutions, the University of Haifa and the Technion, are located in Haifa, in addition to the largest k-12 school in Israel, the Hebrew Reali School. The city plays an important role in Israel's economy. It is home to Matam, one of the oldest and largest high-tech parks in the country. It is also home to the Bahá'í World Centre, a UNESCO World Heritage Site and a destination for Bahá'í pilgrims.

The city has hosted Wikimania 2011 with 720 attendees (accommodations were in the Haifa University's dormitories).

Haifa's population is heterogeneous - Israeli Jews comprise some 82% of the population, almost 14% are Christians (the majority of whom are Arab Christians) and some 4% are Muslims.

Israel has a thriving FOSS community (most parts of Israel are up to two hours drive from Haifa). We have a team with two experienced DDs and several people who have helped organize local conferences (August Penguins, PyCon Israel and others). It has active support from the University and from the Haifa City Hall.

University of Haifa (specifically: its main campus) is located on the top of Mt. Carmel above Haifa.

The conference is to be held at the main building of the university (the one at the foot of the tall Eshkol tower), in various halls and rooms in the Eastern part of its "7th" floor (the level of the entrance from the street).

There are two halls (205 and 208 seats) and various smaller classes nearby.

We will use the University dormitories. The apartments are for six people each with a common place and a kitchen (and a wi-fi router). There are two types of dormitories to choose from:

They are roughly 500 meters from the venue.

The university can guarantee us the dormitories for the end of August (Aug-15 onward).

Flights land at Ben Gurion airport, 20 KM from Tel Aviv. From there the best option would be taking the Train to Haifa. It's about 1:20 to Haifa (Tel Aviv to haifa is 1 hour). From Hafia's Hof Hacarmel train station you go (50 meters) to the central bus station (same name) to take bus 146 to the university. Bus stops: - Eshkol Tower stop for venue / front-desk - Multi-Purpose Building stop for the dormitories

Israel hosted 3 international Wikimedia foundation conferences (?WikiMania, Hackthon and ?WikiData). All got help from the Ministry of Foreign affairs to sort visa issue (if needed). They already shared their contacts with us.

See summary in Wikivoyage and official list (at the MFA site).

The following are countries with Debian Developers that require a visa:

So far no excuse for not bringing up to 1kg of your favorite local cheese with you.

Due to a recent law you can't pay cash on public transportation. You must use a "Rav Kav" card. A "Rav Kav" card is like a debit card and you need to charge before you can use it. It's also possible to buy an anonymous card from the driver but sometimes the drivers don't have an anonymous card with them. Therefore you should get one in the airport and charge it with 100 NIS. You can use Rav Kav on trains too. You should use the moovit app to get the best route or take the train to Haifa, Hof ?HaCarmel and then Egged line 146 to the Haifa University:

The downtown of Haifa stretches from the "spaceship" building in the East to the German Colony in the west. The was the original location of the city until the 20th century (with the German Colony built next to it). Old buildings, good food and a nice place to walk.

The scenic Baha'i Gardens stretch right above the German colony. It is recommended to take the tour inside them. Smaller but still visit-worthy Baha'i gardens are in the near-by city of Acre.

Most sites in Israel are only a few hours drive (or train) away. Such as sites in Jerusalem or (closer) in the Galilee.

There are plenty of historical and even prehistorical sites to see, such as those related to the early days of agriculture. Or some ruined castles.

Generally: plenty of food. As a side effect of the prevalence of kosher food, vegan options (such as hummus and falafel) are widely available. There also many non Kosher restaurants since many Christians live in the city.

Israel uses European (50Hz, 220V) power supply and its own type H sockets, however if you can do without grounding, a europlug should work fine. 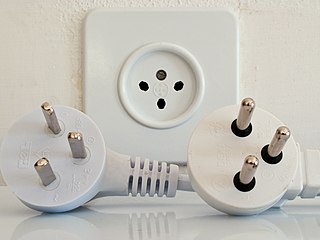