A few ideas having been flying around for our first sprint. You can find our different options below.

To help us choose an event, please add your name to the table with your preferences:

FOSDEM 2019 takes place during the February 2&3 weekend in Brussels, Belgium.

We have asked the owner of the Linux Belgium venue in Diegem - near Brussels if we can use the space for a sprint and he said yes. We used that space last year for a sprint around FOSDEM.

There is also the possibility of renting a house for accommodation and use it as a hacking space, like we did in Cambridge 2017.

Campus Party is an annual week long, 24-hours-a-day technology festival where thousands of “campuseros” (developers, entrepreneurs, astronomers, digital designers, robotics or gamers...) equipped with laptops, camp on-site and immerse themselves in a truly unique environment. Campus Party unites the brightest young minds in technology and science under the idea that “Internet is not a network of computers, it’s a network of people". Speakers such as sir Tim Berners-Lee, Steve Wozniak, Stephen Hawking, Richard Stallman, Karen Sandler, Jan maddog Hall.

It's not a free software event, but since the first edition the free software community (inclunding Debian community) is there with talks, workshops, discussions, and using the tables to work e spreed the word of free software moviment.

The arena still open 24 hours and attendees can use the tables with network cable. 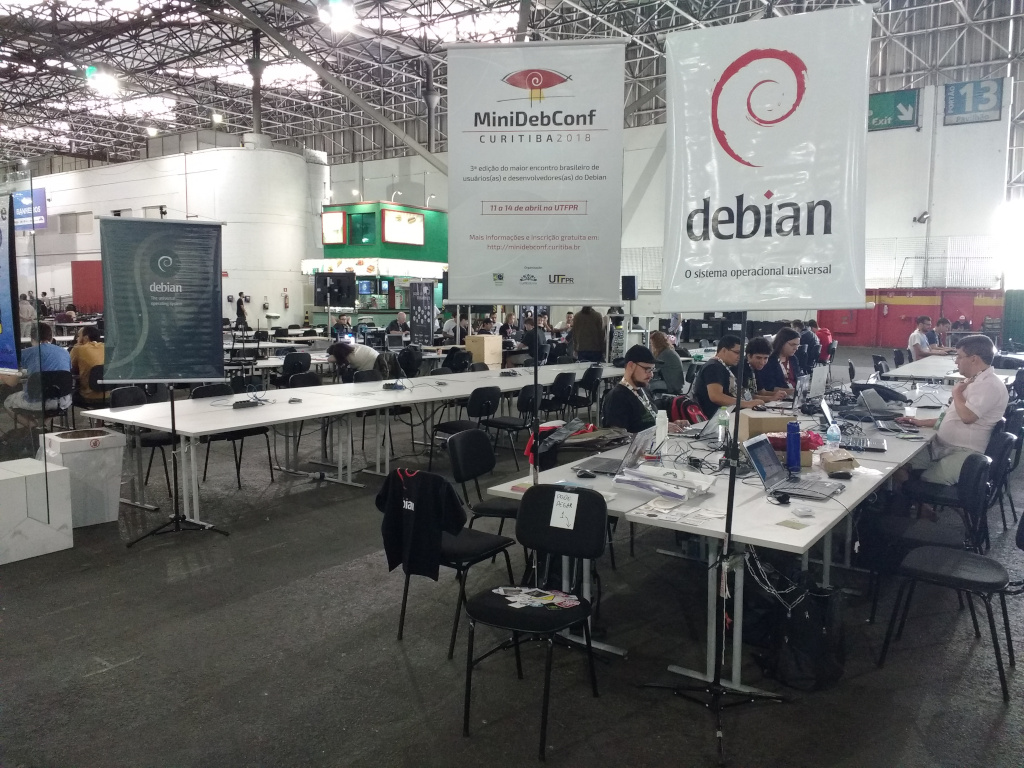