State of features for armhf

This list omits many features that "just worked" from the beginning, and thus have avoided attention from porters. Thus it looks worse than it is. Detailed package-specific notes are on the page ArmHardFloatProblems. 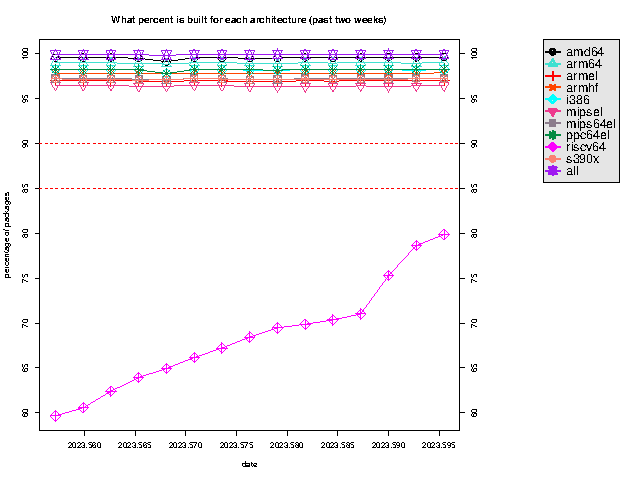 Get installed graph to 95%+ zone

As mentioned above armhf testing is now in a good state and is now considered a release architecture. As of 2012-07-21 143 packages were uninstallable. This overall count is only marginally worse than armel. However it would be good to get the uninstallability count down further

A list of uninstallable packages can be found at http://edos.debian.net/edos-debcheck/results/testing/latest/armhf/list.php

Packages waiting for testing migration but with no known actual problems

Packages waiting for build in armhf unstable but with no known actual problems.

trails investigated (only ones considered significant,long or unobvious listed)

This list looks bad, but we're reasonably convinced these are all false positives - Haskell doesn't do variadics. See http://lists.debian.org/debian-arm/2012/04/msg00008.html